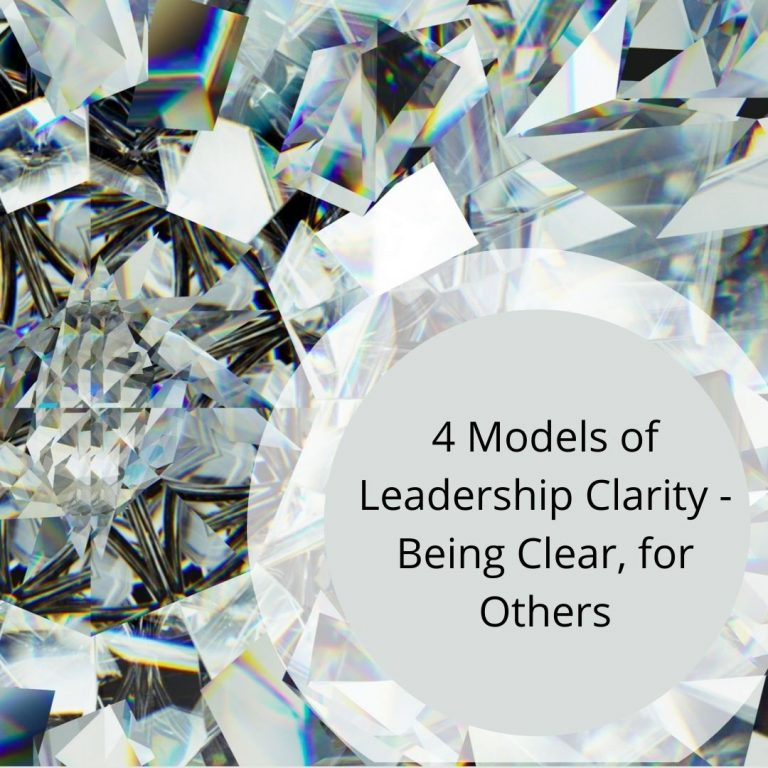 4 Models of Leadership Clarity. Being Clear, for Others.

4 leaders to model when seeking to be clear so that others can brilliantly execute strategy.

With this post I aim to help you be clear for others, with a bit on how to communicate and more about how to be so that your communication has the best chance of landing with another person. I’ll provide insight followed by a video clip of a leader who models this way.

Clarity involves getting clear for yourself and being clear in your communication with others, so that they might also gain clarity.

Your strategy may be a smart one. But no one is going to see it that way if it is not executed brilliantly. What’s often missed when moving from strategy to action is that brilliant execution can’t happen if people aren’t clear about what is needed most from them.

The first model is Satya Nadella, CEO of Microsoft since early 2014. This video is from 2015 and gives you a sense of how clear he is for himself and what it might be like on the receiving end of a communication from him. He stresses that he looks for the traits of clarity and energy in others.

Being clear so that others get clear isn’t easy. It starts with how you and all others who lead in your organization are perceived.

How might you create a context of safety for those you want to be clear with?

Someone who believes in you, and what you can do, can be the catalyst to help you get clear.

The second model is Alan Mulally, former CEO of Ford, who accomplished a turnaround of Ford between 2006 and 2014. Ford was on the brink of bankruptcy. And yet the initial crux of the matter was that people at Ford were not working together and members of the senior leadership team were not transparent about how things really were because had learned to hide the truth to save face or worse.

An example of how people perceived him not long after leaving Ford (I’ve captured a clip, and recommend the entire 4min video):

Next, an example of how he communications. This video was taken not long after Mulally stepped into the CEO position, he shared an interview with The New Yorker magazine. You’ll have to go to this one on your own, HERE. I recommend these clips: 2:37-4:26 as an example of getting clear in order to be clear with others, 6:43-8:36 as an example of being clear, and 10:33-12:36 as an example of creating a safe context and being inspiring.

Let’s look at two more models, and then I have a few questions for you to consider.

The third model is Steve Jobs. Jobs is not known for creating a safe place, but he is known for communicating clearly and with a desire for others to get clear. In doing so he inspires others, even when significant change is required of them. This video was recorded in 1997, when he first introduced the “Think Different” campaign for Apple.

The fourth model is Hubert Joly, who came into Best Buy, and truly got to know the people and the state of readiness of the organization, so that he could create a transformational strategy. Best Buy is one of few brick and mortar electronics stores still standing today. Joly, similar to Nadella and Mulally, had the courage to step back before building—in order to first lead everyone to a new way of working together.

These model leaders understood how to be clear so that others could get clear about how they fit and what was most needed from them. My message to you is to first check in with what context—in this case how you are perceived by others—is currently in place, and if that way of being is most effective for leading your teams to executive strategy brilliantly.

First notice you, and then consider these tips:

The single biggest problem with communication is the illusion that it has taken place. –George Bernard Shaw

The 4 leaders modeled in this article got all of these points right. They stated the main point before any explanation or story. The words they use are simple and common, at least for the audience being addressed (Steve Jobs stating “MIPS and megahertz” may not resonate with everyone watching this video, but his audience understood these terms well). Although we can’t tell just from these videos if this leaders issued commands or not, we do get a sense that all of these leaders, including Jobs, wanted others to understand not simply comply. The more recent three leaders, Mulally, Joly and Nadella, are paying attention to people working together, which implies they pay attention to using inclusive language.

Now consider you. I asked one question earlier in this post. Add these: