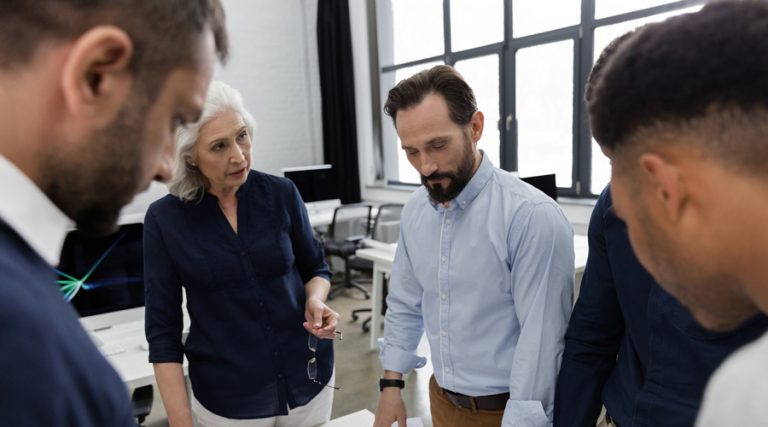 Create a culture where every person feels safe to speak out.

It’s subtle. Yet it is powerful. That is: The internal pull to do what fits in – what doesn’t stir things up – because speaking out would be too uncomfortable. What is uncomfortable feels risky.

Yet by not speaking up you are also taking a risk, and perhaps a bigger risk than if you spoke up.

Every time we choose we are telling our brains that this is what we want.

Here’s a lighter view of this situation:

If you are familiar with the scene above you’ll know that the wrong card was provided to the announcers, Warren Beatty and Faye Dunaway. The card they received was for best actress and not for best picture. Moonlight was the actual winner of best picture, and was asked to the stage after the La La Land troupe had already started their acceptance speeches. Beatty explained: “I want to tell you what happened. I opened the envelope and it said Emma Stone, ‘La La Land.’ That’s why I took such a long look at Faye and at you. I wasn’t trying to be funny.”

This choice by Beatty and Dunaway isn’t the best example, since neither of them are likely to unconsciously choose this way again.

But there are many times we choose, first consciously and then unconsciously time and time again.

For instance when we choose to:

… I’m sure you can add to this list, whether directly related to choices you’d like to re-do or to what you’ve observed or heard from others.

There are at least three unintended consequences from not speaking out when something doesn’t feel right to you:

1. You lose respect for yourself, and you may lose it from others.

2. You solidify in your subconscious mind something you actually don’t want (but your mind now is wired to think you do)

3. You put other people (and sometimes a business or organization) at risk due to keeping quiet about something that feels not right (and may actually be quite wrong).

Any person with integrity has no problem proving their integrity.

Who are you serving by not asking? Who is realizing a disservice by you not asking?

Become aware of choices you’ve made, and then ask yourself, What else is possible?